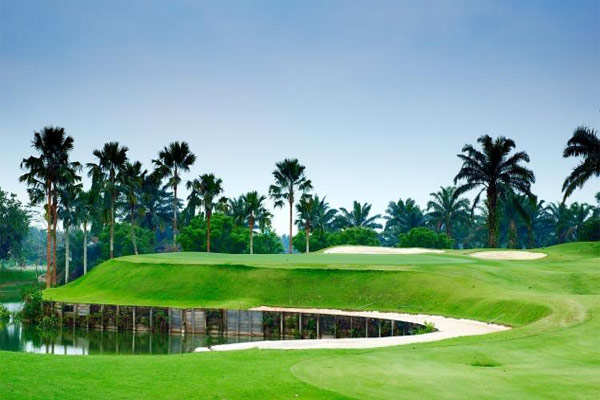 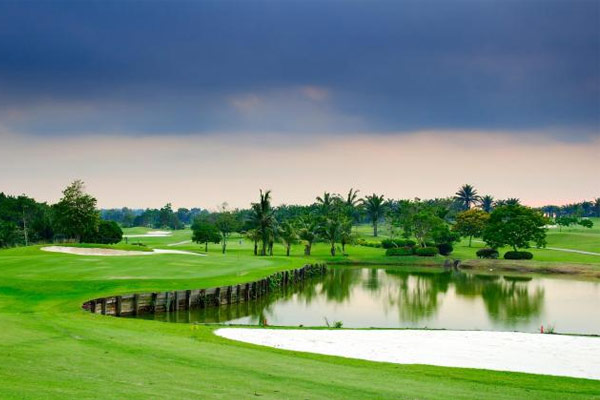 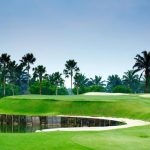 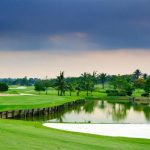 Tanjong Puteri Golf Resort Village Course was under construction first in August 1994, designed by Akira Mamiya. The area originally was part of the oil palm estate with human settlements or “Kampongs” which form a part of the village hierarchy under the administration of the “Ketua Kampong” (Village Head) of Pasir Putih. These kampongs are known as Kampong Seri Aman I & II, parts of which can be seen at the fringes of holes 6, 11 & 12. A few kilometres east of Sungai Kim Kim on the west bank of Sungai Johor exists a village known as KAMPONG PERIGI ACHEH which according to history was founded in mid-17th century when the Achenes attacked the then Johor Empire. Thirteen out of the eighteen holes of the “Village” course have water bodies bordering their fairways or greens.

With a blend of hills, valleys and lakes, 18 hole Tanjong Puteri Golf Resort Village Course provides 6,414 metre of sporting and visual pleasure. Considered as a professional’s challenge course, the distinctiveness of this 18-hole is its difficulty, natural beauty and perfection of design. 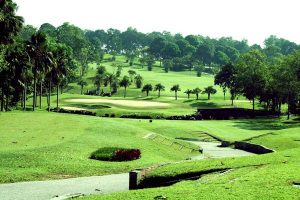 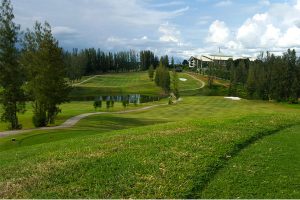 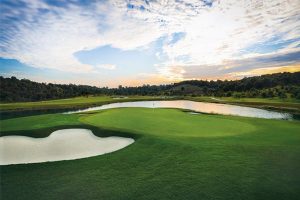