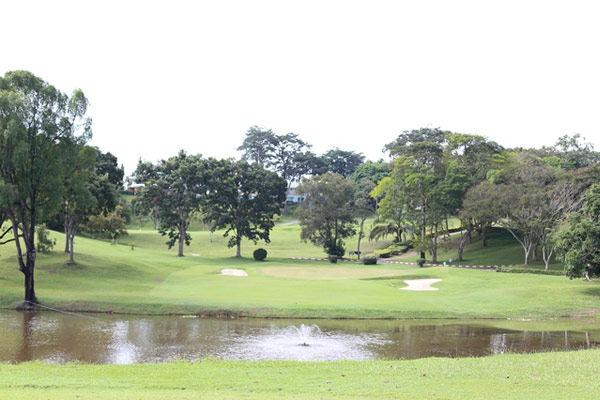 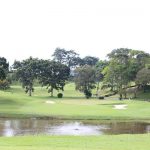 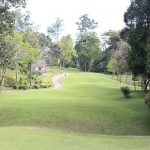 Ayer Keroh Country Club (AKCC) is located a mere 10-minutes drive from the Ayer Keroh Interchange of the main North – South Highway. Located beside the course is the zoo and “Dataran Sejarah” (Ayer Keroh Square) – both popular tourist spots.

Ayer Keroh Country Club golf course carved out of virgin jungle and ready for play in 1964 was designed by a team led by Tun Dr. Abdul Ghaffar bin Baba, the then Chief Minister of Malacca and a golfing aficionado. The designers of the course very wisely maintained a large part of the virgin jungle so as to limit as much as possible the negative ecological impact the golf course would have on the area. Today golfers share the course with a varied species of birds, monkeys, squirrels, snakes and monitor lizards that live in the jungle lining the fairways of the course.

The original course consisted of two nines referred to as Tunku’s Nine (2nd nine) and Ghaffar’s Nine (3rd nine). Another nine, Governor’s Nine was added in the mid-nineties. The three nines hug a lake known as the Ayer Keroh Lake which comes into play at quite a few of the holes. Ayer Keroh Country Club has it’s fair share of bunkers and other obstacles at strategic places, but the course is notorious for the jungle that lines both sides of almost every fairway and unmercifully punishes each and every wayward shot.  Here – “A ball lost is indeed a ball lost”.

Ayer Keroh Country Club has hosted a number of major championships, the most prestigious being the 1989 Malaysian Open. A few notable golfers playing on the professional circuit now in Europe, America, Asia and Australia have played here at one time or other. Some illustrious names are Kyi Hla Han, Lucas Parsons, Stephen Leaney and Jeff Maggert. 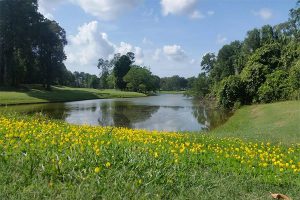 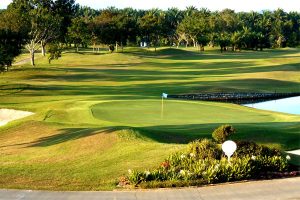