Singapore Island Country Club Sime Course offers a scenic and serene view of the MacRitchie Reservoir. It has prompted many descriptions such as “reminiscent of the Thames (UK) in the summer” and was also once described as being like an English park, “thoughtfully planted with many kinds of selected trees”.

Singapore Island Country Club Sime Course is named after John M Sime, who served as the president of the Royal Singapore Golf Club in 1923. The course has enjoyed recent improvements including a buggy track, which is 2.8 m wide and runs 6 km long. The Sime Course’s first nine plays away from the Bukit Location Clubhouse down to Lornie Road, while its second nine weaves in between the fairways of the Bukit Course.

There are some challenges though. At Hole 8, there is a double water crossing requiring an accurate drive onto a lakeside promontory, while the second nine features a number of blind uphill drives and banking dog-legs. Singapore Island Country Club Sime Course may be less challenging than the Bukit Course but no less difficult to finish! 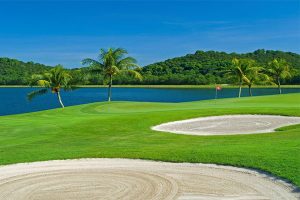 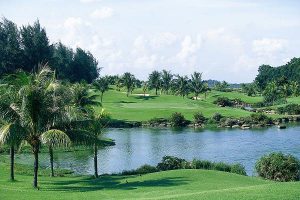