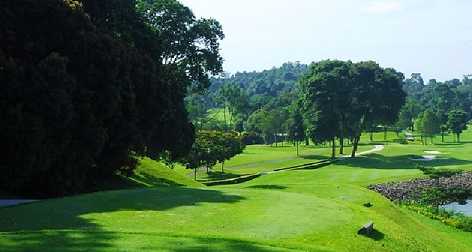 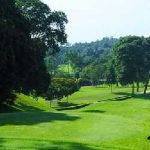 Singapore Island Country Club Island Course, weaving through old trees, is both hilly and picturesque. It is the shortest 18-hole golf course, where both nines start and finish with very similar holes. However, holes 9 and 18 are potential card wreckers as well. The course was originally designed by Peter Robinson and later re-bunkered by five-time British Open champ Peter Thomson.

Buggies are allowed on Singapore Island Country Club Island Course since 2002. A number of renowned tournaments have been fought and played on this course including the Putra Cup 1999 (a SEA Amateur Team Championship), Singapore Amateur Open 1999 and the Singapore Open 2000. The Club’s own Junior Invitational Golf Championships are also held annually on the course, further enhancing its prestige.

Singapore Island Country Club Island driving range, built in 2001, consists of a two-tier range with a total of 66 bays. Breathe in fresh air from the breathtaking natural setting of the New Course and the nature reserve in the background as you practice at the Island location’s driving range. The range is easily accessible from the Island Swimming and Bowling Complex, closed on Every Tuesday and Thursday from 6:30am to 11:45am for maintenance. 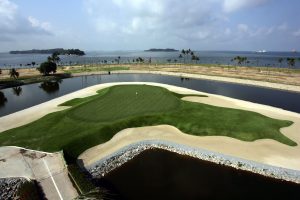 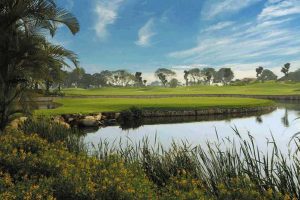 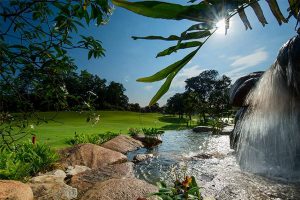